Horizon River’s leadership team excels at bringing in the brightest team members that are focused on building a stronger team. All of our team members challenge themselves and each other to exceed today's success tomorrow. 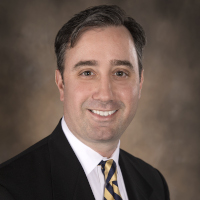 With over 20 years of experience leading both consulting and technology organizations across multiple industries, Mike is a frequent speaker on topics of Leadership, Culture, and Business Transformation.  Prior to Horizon River, Mike was President of NexxPhase, a cloud-based provider of virtual customer engagement solutions that integrate communications channels, customer interactions, and back office systems.

Chris likes to sum up his role in two words: Problem Solver.  Every position Chris has ever held is anchored by the fundamental skill of grasping complex problems and finding common sense solutions.  Chris started working for a small technology consulting firm in the Tampa Bay area right out of college.  He quickly added skills to his portfolio, starting with desktop and server support, until he found his passion for networking.

He joined the team at SunTrust Bank, progressing from field network installations to Network Architecture in the course of 4 years.  During his time at SunTrust, he also became the primary Security Technology architect for the bank. Projects at SunTrust included migration of 2000 locations from Frame Relay over ATM to MPLS, architecture and implementation of two complete Data Center migrations, and the development of a fully fault-tolerant Extranet (partner) network.  Subsequent to SunTrust, Chris joined e*Trade Financial, Fiserv, Genuine Parts Company, and ultimately Horizon River Technologies. 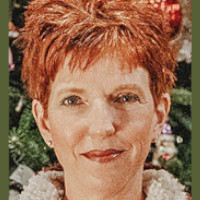 Kelly has served in accounting and administrative leadership roles in a variety of industries – retail, healthcare, and technology. 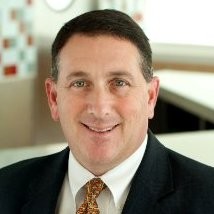 Harold M. (Sonny) Cohen currently serves as outside general counsel for the Company. Mr. Cohen is a partner at Taylor English Duma, LLP, a full service 175 lawyer firm based in Atlanta, Georgia. Mr. Cohen is a member of the firm’s Corporate, Real Estate and Hospitality teams. Mr. Cohen served from 2005-2017 as Senior Vice President of Legal Affairs, General Counsel, Corporate Secretary and Chief Administrative Officer of AFC Enterprises, Inc. and Popeyes Louisiana Kitchen, Inc. in Atlanta, Georgia. During that time, he was responsible for all legal affairs of the Company, a member of the senior management team, served as corporate secretary to the Board of Directors, and oversaw the Company’s internal audit, risk management, and property management functions. 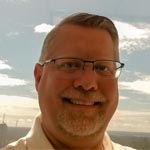 Mark is a seasoned Executive with over twenty years of leadership experience in the Healthcare and Financial Services sectors.  Before joining Horizon River in early 2018, Mark was the Chief Operating Officer of Aris Radiology.  Prior to that, he served as the COO of USTeleradiology from 2005 until it sold to Aris in 2016.  Before relocating to Atlanta and joining UST, Mark was the Director of Operations for a boutique financial services firm with offices in New York and Hong Kong.

Mark has led companies ranging in value from $3M to $70M throughout his career.  His diversified background also includes early career service as a New York City and Federal Law Enforcement Officer and as Soldier with the United States Army, Military Police Corps. 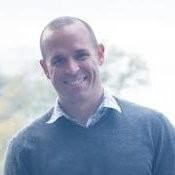 Scott is the Senior Vice President of Applications at Horizon River Technologies. With a Bachelor's degree from Notre Dame and a Master’s degree in Mechanical Engineering from the Georgia Institute of Technology, Scott brings the technical know-how to Horizon River. Scott’s background in workflow process analysis and streamlining have led to the development of many successful applications in the healthcare, retail and financial services sectors that have improved operations, enhanced patient care and client relations, and reduced costs for our clients. Examples include dashboard, mapping, reporting and data modeling applications for retail and technology companies, and a multi-specialty healthcare reporting system that allowed one radiology practice to increase volumes by 176% over six years resulting in the successful sale of that practice. Bringing experience from Alventive, Inc., MicroStrategy, PRG-Schultz, and Visual Crossing, Scott and his team have an app for that!

Horizon River provides service to all 50 states, Puerto Rico and can serve client interests globally as well. Just a mouse click or a phone call away, HRT can dispatch a Field Technician to any Zip Code in the United States within four hours depending on client need and service level. Our Network Operations Center (NOC) and Security Operations Center (SOC) can monitor, optimize and secure devices, networks and businesses whether they are around the corner or on the other side of the world.